The Trio Fibonacci collaborated for the first time with composer Simon Bertrand as part of our Montreal season in 2003. For that concert, which included contemporary Japanese works written for us, the addition of a new composition by Simon seemed to us quite natural given his years spent living in Asia and his intimate knowledge of Japan and its rich and ancient musical culture.

When the Trio Fibonacci was invited in 2014 to present a special concert in homage to the former director of the Chapelle historique du Bon-Pasteur Guy Soucie (a great connoisseur of Quebec new music), we saw it as a perfect opportunity to perform his first trio once again, which was freely inspired by the eight short films that make up the film  »Dreams » by Akira Kurosawa, thus consisting of eight short and very contrasting movements – a sort of suite of poetic aphorisms. Incidentally, that special concert also featured a collective work, jointly composed by Simon Bertrand and his Quebecois colleagues Maxime McKinley, Nicolas Gilbert, Cléo Palacio-Quintin, Paul Frehner and Michel Frigon.

We are particularly excited to collaborate once again with Simon on a new work for trio. It is precisely the eclectic dimension of his work, which blends perfectly with a style firmly rooted in the great traditions of Western music, which gives his music an astonishing freshness and a very personal colour. Like Alain Perron, Simon seemed the perfect choice for this wide-ranging programme given our long history together.

Indeed, Bertrand’s new trio will find its ideal context here, since this concert is situated at the crossroads of the most varied styles and influences.

Musical miniatures have often been at the heart of Simon’s compositions, notably his twenty-two miniatures for toy piano and accessories, which were nominated for several Prix Opus by the Conseil québecois de la musique in 2011. Nevertheless, in recent years his interest in longer and continuous forms, and a deeper understanding of diverse instrumental idioms, have led him more and more towards denser, increasingly virtuoso writing. This is the direction that he has taken in his new work written for Trio Fibonacci, and I asked Simon to tell us more about it:

“I chose the diptych War and Peace by Picasso as the « subject » for this trio, an immense fresco by the painter dating back to 1952. 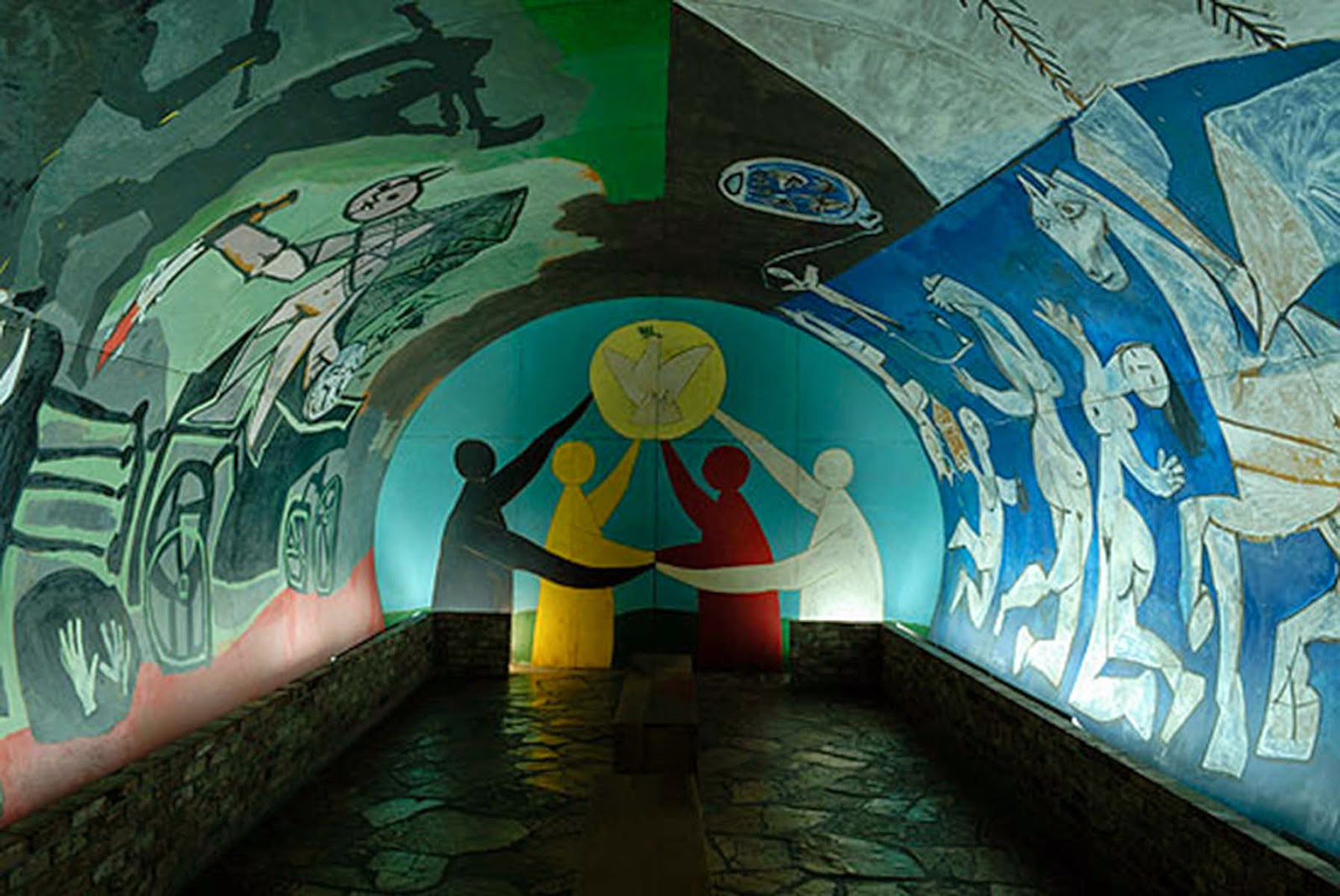 I wished to elaborate on the very violent, chaotic images found in the painting, as well as explore its contemplative scenes. In actual fact, it is interesting to note that the two parts of Picasso’s painting are, in terms of the use of colour and especially of movement, quite closely related, and it is only by looking in detail that one can distinguish between War and Peace … This thought led me to plan out a formal strategy for the piece that would not be limited to the simple succession of two contrasting movements.”

“Rather, my intention was to highlight the simultaneity of contrasting elements, as the American composer Charles Ives did so well. To offer, tangentially, a kind of questioning on the notion of war and peace, at a time when the border between the two seems so thin and increasingly blurred.”